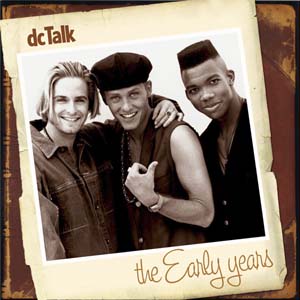 Released August 1, 1995, when I hadn’t even turned 4, DC Talk’s Jesus Freak was the rave of not only the Christian moment, but the secular airwaves as well!  It seeped massively into mainstream music and also earned DC Talk 3 GMA Dove Awards!

It is a kaleidoscope of genres including Grunge, Hip Hop, Alternative Rock, and Rap Rock! This song is an audacious declaration of one’s love for Christ, and in order to bring the hard hitting reality of its message, it combines raw lyrics with guitar driven grunge rock!

The song begins with an acoustic guitar strumming to the main riff in E minor, and then the drums roll in, followed by a guitar distortion, changing the key to F minor. The vocals pick up with loud, intense ‘ohs’, and then the verse eases into the mix softly with a slight harmony that sounds like an echo. The rap pre choruses are poetic and in the 90’s style, reminding me of MC Hammer, vividly describing the professed Jesus Freaks, such as John the Baptist, immediately after the verses.  The chorus is a glorious chant, expressing no fuss over the Jesus Freak label because there is no disguising the truth! They are Jesus Freaks anyway! The bridge is rhymed like a rap and is similar to a chant but is without its intensity. Scintillating dissonant chords are reintroduced and the chorus is sung a couple of times, with rock sounding ad libs. Then electric guitar finishes off the piece with zesty twangs.

This song ranked number 2 in Christian Music Magazine’s 100 Greatest Songs in Christian Music, and  DC Talk named the most popular overtly Christian act of all time by the Encyclopedia of Contemporary Christian Music .  In addition, the  Grammy Award winning trio has been described as sounding similar to  the British Band, Nirvana.  And despite the fact that this is a 90’s song, its still fresh, or shall I say ‘groovable’. Listen and let it take you back in time!

PS: Just in case you didn’t realise, Toby Mac was a member of DC Talk!!!