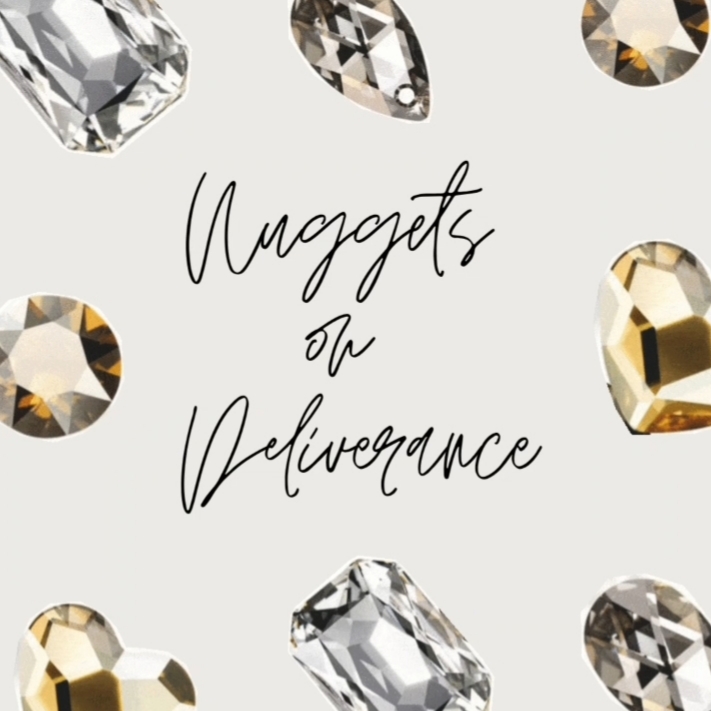 We will be talking about something that might strike as spooky, but I assure you that it’s not. It’s all about ‘Deliverance’.

Deliverance is defined as complete freedom from every lie of the devil by the dismantling of strongholds.

We will be looking at a few nuggets on the topic of deliverance.

1. IT USUALLY STARTS WITH THOUGHTS

The cause of these strongholds can be narrowed down to thoughts. Whatever you entertain in your mind or give access to mentally/emotionally could grab a hold of you. This is why. I feel like deliverance is commonly associated with erratic behaviour and whatnot. But I think things that more people can relate to are seemingly “millenial issues” like anxiety, fear,  panic attacks etc (That is not to say that it does not affect other age groups). A lot of the time people might feel this is normal, but the root cause of such issues is feeding on the wrong thoughts. Just like the devil brought thoughts to Jesus (Matthew 4: 1-11, Luke 4: 1-13) as well as Adam and Eve (Genesis 3: 1 – 6), it is possible for the same to apply in this present time. So we should realise that thoughts are bigger than what they seem to be. Such attacks can be corrected by actively meditating on and confessing the word of God.

2. DEMONS DO NOT DIE; THEY ARE CAST OUT

The truth is that sometimes, demons might bring such thoughts, and when such thoughts take a hold of you, it might involve oppression of some sort. It is important that as children of God, we should never get into any religion that is not of God or that might involve things like say casting spells, palm reading, astral travel, checking out your signs etc. because these are avenues that demons could use to come into people’s lives to oppress them. (Disclaimer: I am not an ex-practitioner of any of those things, so my insight is not from that perspective.)

A key thing to note is that spirits live forever. Just like when humans die and their spirits depart from their bodies and continue living, demons in the same way do not dematerialise when they are cast out. They just go somewhere else. (Matthew 12: 43-45) So they need to be cast out. But even if they are cast out, they could come back with more wrong thoughts if you do not gird the loins of your mind.

The gift of discerning spirits is important for deliverance because you want to be able to apprehend what you are casting out and that it has been cast out. Not only that, your eyes would be open to spot any appearance of evil much quicker, and you would be able to flee such environments much faster.

Barring any special gift, apply wisdom and renew your mind with the word of God.

I feel like it is also important to cover yourself in all manner of protection prayers if you want to move into the realm of deliverances. So scriptures about the blood of Jesus, the name of Jesus, the territory of God being established in your life and that of your family are a good foundation. Most importantly, pray scriptures that relate to discernment.

There are different schools of thought with regard to things like deliverance. One is that the name of Jesus has already taken care of everything, so there is no need to cast out things or demons. They have already been cast out. Valid. There is also another school of thought that states that enforcing spirits will try to squat in human territory where such humans allow them by not declaring their God given freedom. I think this is also valid. An important issue that must be addressed is that whatever you believe, you must really believe it and not just say it, or believe it passively. This is because you attract what you believe, and whatever you believe is your reality. So if you believe that demons do not have any power over you, you must believe it with all of your heart and confess it. In fact, you can even decide to believe that demons do not exist (i.e., you believe they are inconsequential), and wherever you are concerned, they are nowhere to be found. This is because the anointing fortifies and gives ease to whatever you believe.

But now where you are in a situation where you have seen demonic attacks around you, like in your neighbourhood or around people you know, it might not be immediately possible for you to believe that demons are utterly irrelevant or have no power (in comparison to God’s power, of course). The word of God will meet you where you are at. You would therefore have to fortify yourself with power scriptures, and scriptures that aptly explain the hierarchy of God over principalities and powers. So at the end of the day, both views would probably come to the same thing.

Another thing is that prophetic deliverance should be so normal that you do not need to do anything particularly grand to see it happen. The word of God by itself is deliverance, so there doesn’t necessarily have to be a special service or programme to cater to deliverance. It should just be a problem you need to  to solve and move on from. It’s not supposed to be something that stops you in your tracks and you don’t know what to do again, and then whatever assignment you have is cancelled. Lol. We can’t afford that; there’s a lot of nation building to be done.

The first step is feasting on the word of God because whatever you know the truth about, demons or the devil could never lie to you about. Or at least , you would never believe it. You would just laugh it off

The whole idea of this post is to normalise delieverance to the point where it is not a big deal. So you have the wrong mindset-no matter how controlling it may be and you know what exactly to do to free yourself from it and get yourself on the right track.