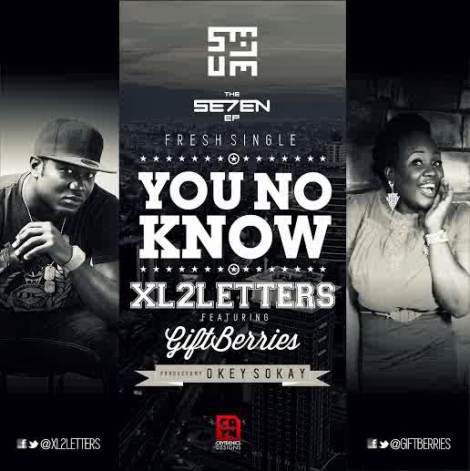 This ‘grateful’ rap song doused in hues of pop and RnB reminds me very much of the deep richness of Ja Rule’s voice and the light sweetness of Ashanti’s voice in the song ‘Always on Time’, with a slightly more 90’s feel to it. On a mellow beat, rapping a fusion of slow and then super fast rap, with ample use of similes and metaphors, XL2LETTERS gives thanks to God for saving and delivering him.

In the key of C major, the song’s simple intro consists of single notes played one after the other on the keyboard. In the middle of his first rap verse, mechanical claps follow the song into the chorus spiced up by a drum roll. XL raps faster in second verse, and gets super fast towards the end of the third verse.

While it is an enjoyable song, I would have much preferred the song to have focused on our worth as Christians. When Christ died on the cross, he gave us our worth back, so we cannot turn around to say that ‘we are not worthy’. Also, he who is born of God does not sin, regardless of his shortcomings. So Christians are not sinners in any case. Finally, I do not agree that the love of God can’t be understood, but I could understand that one could feel so overwhelmed that you feel that you do not understand it. So, listen to this piece and tell me what you think!