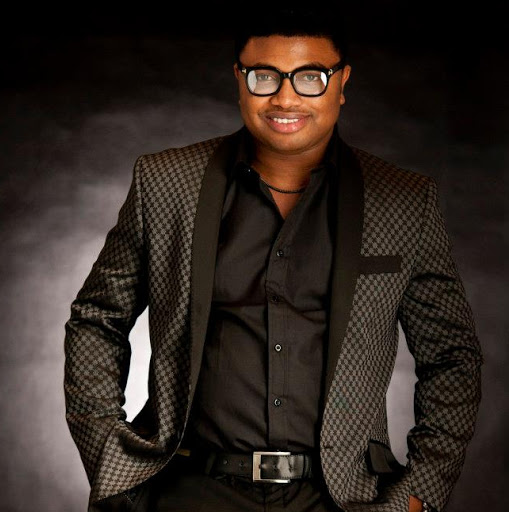 People usually equate the word ‘superstar’ with ‘musician’ or ‘vocalist’ or ‘dancer’, but I assure you, the real superstars are the brains behind them: the producers. With over 1500 artistes that he has produced, Wole Oni is definitely a heavy weight in the Nigerian Music Industry! Producer of the awesome hit songs ‘Kosobabire’ by Folake Umosen, ‘Igwe’ by the Midnight Crew,  ‘Ijoba Orun’, ‘Kolebaje’, and  ‘Halleluyah’ by Lara George,  ‘Olo Mi’ by Tosin Martins and a host of others, there is virtually no famed Nigerian artiste that he has not produced!  Apart from that, he has masterminded a good number of television commercials, such as Milo, GTB, Access Bank, Promasidor and so forth.  A prominent member of the band, Spectrum, he has performed at several jazz and Rock concerts in the United States of America, United Arab Emirates, the United Kingdom and South Africa. His band  has also performed to the audience of the Queen of England! He is the CEO of Wole Oni Music Productions and Instinct Productions, and a winner of numerous awards, such as the Kora, Crystal and COPGA and AGMA awards. With more than an ocean of music experience, Mr Wole Oni certainly had more than a lot to say in this interview. Enjoy!

First of all, when you look at the terrain of music in Nigeria, it has really been built up over the years because of technological advancement and the influence of the Western world to our cultural music. It has graduated from what it used to be in the 80’s to what it is now. But what people fail to realise in today’s music is that for you to be an artist, it is not only studio recordings that count. You must be versatile in all ramifications. You must be able to understand what you are doing as a musician. You must be able to tell what exactly you are doing, not guessing and depending on the gears or technical facilities that are available to enhance your singing. You must be ready and understand the nitty-gritty of singing and being an artiste. These days a lot of artistes can sing in the studio, but cannot perform on stage. So many people can perform on stage but are poor in the studio. So, you need to balance both. Every artiste needs to be patient, take his time, and not be in a hurry to record or launch an album and showcase himself, but master his craft and understand his music, and interpret it the way it comes to him.

That question is in two ways. As a pianist, I think I like jazz music. But as an artiste, I like every other genre of music. It appeals to me, because as a music producer, I will produce anybody, be it apala or fuji. I will produce you based on what you have.

I have met very good people in the industry, both home and abroad, but one person that I would work with at anytime- even if she calls me at 1am- is Madam Onyeka Onwenu. She has great musicianship. She has a high level of standard and understanding. We just gel. When we work together, we work so well. We are able to interpret her music and she is happy. We work together smoothly. She is one of the few people that I have worked with and have enjoyed doing so.

Instinct productions is a mother company, which is not only into music. We are into agriculture, fashion design, interior decoration, performances, outdoor music, music education, public speaking and all of those things. WOMP itself is the music recording part of Instinct Productions.

Having a degree in music helps you shapen the business part of the music. Music without business is music and perhaps hunger or music and poverty. You need to understand that the creator has given you the gift and you need to take the gift to the next level by making it produce an income for you. Do not just say ‘I am good at what I do’, but there is no income or venture into it. Then your music will only be as good as good. God has said that your gift will make you stand before kings, and not mere men, and so your music must do that.  When you have a degree, it helps your mindset, not because having a degree makes you rich, but it gives you information. It helps you to be business minded. It opens your mind up to see beyond the normal. Take two musicians, one is educated and one is not. The educated one would definitely do better than the illiterate because of his advancement, information and all he has read. If your passion is music, I think it is best to read music, but it is not necessary that it must be music. Just have a degree.

Well, talking about improvements in the Nigerian Gospel Industry is relative. The industry is taking shape. And the artistes are trying to –I would not say emulate but- compete with the secular artistes. because of the fact that the airwaves are circulated with a lot of secular artistes. We are trying our best to see that Gospel Music is not left behind. Also, the industry is not funded.  There are  no resources. Everybody is just trying, struggling to bring his own quota. But in the long run I think it would survive if the so called people or men of God who are the leaders of the church and what Christianity stands for would put in a lot of things to support the industry, it would rise.   8. Whenever you produce a song, do the ideas for the soundtrack come from you or the artiste or both? 90% of the time it is from me. 10% of the time, it is the artiste trying to feel important in the piece of music. But that is not to say that they do not have the mindset. What I try to do is that before I produce any music, I ask questions : ‘What exactly is ringing in your head?’. Some of them can share, while others cannot. So I develop it to the extent that they can share, but if not, I am good to go. I just listen to the music and let the music sing me the music of the song! So that’s how I produce my music, relying on the Holy Spirit for inspiration.   9. What Gospel artiste do you look forward to working with? On these shores, there is nobody I’ve not worked with. If it is abroad, I am looking at working with the likes of Mary Mary and the TD Jakes’ Choir. Those are my dreams.   10. How accessible are you to upcoming musicians? I’m very open to everybody. As long as you can reach me on the phone, or get my email or send me an sms, I will reply. I am not one of those who isolate themselves and feel like a small god on one Twitter App.   12.  What advice would you give to upcoming producers? I keep saying one thing. Be excellent in everything you do. Give your best to whatever you do. Don’t be in a hurry to wanna make it, or to wanna be ‘Award Winning’. Awards come from recommendations from jobs you have done that have made a landmark. You can’t expect to produce one track and then you are trying to be on the list of producers be on the list of producers, saying ‘Me too, I’m among’. No. Do something to affect the nation positively, and then God will reward you when the time is due. 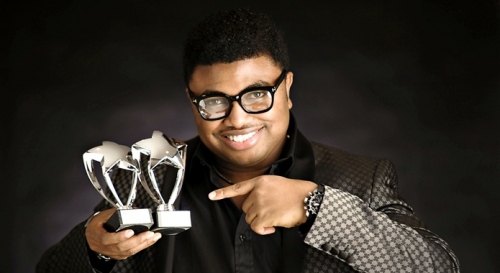